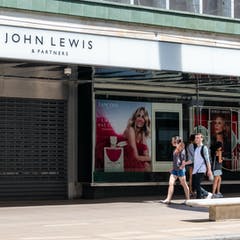 Even before COVID-19, the British high street was undergoing slow and painful decline. Independent shops were struggling, department stores were fighting for survival, and well known chains were scrapping over market share.

A year on from March 2020, and shopping habits have changed drastically. “Non-essential” stores have been closed for months at a time, and online spending has soared. In 2020, e-commerce accounted for more than 30% of retail sales in the UK for the first time, up from 20% in 2019. Such a large increase in one year is unparalleled.

So has COVID-19 changed everything? Or did the pandemic just rapidly accelerate changes that were already being planned?

Take the John Lewis Partnership for example, the employee-owned company often seen as a reliable indicator of the state of UK retail. It recently announced a £517 million annual loss (the first in its history) and plans to close more stores.

Get your news from people who know what they’re talking about.

Its CEO, Sharon White, has certainly had a challenging time since taking over in 2019, responding to a massive increase in online demand, and an economy battered by uncertainty.

Her plans to “re-purpose” company-owned premises and develop small-format John Lewis stores within Waitrose supermarkets may appear a brave response to changes brought about by the pandemic.

Yet earlier in 2019, John Lewis had hired a specialist company with expertise in “repurposing retail real estate” to oversee its “facilities management”. In other words, it was already thinking about new ways to use the property it owns. So perhaps such changes were not unplanned.

Another British stalwart, Marks & Spencer, has also announced a major change in its operations – by creating a one-stop shop for fickle customers and stocking competitor brands. These will include Jaeger (which the company has bought), Hobbs, Joules and Sloggi, which will all be sold alongside its own label items.

This strategy is a smart move, creating a single destination where shoppers can browse different designers, styles and prices. Offering branded and own label goods enables them to better compete with e-commerce specialists and win back lost market share.

It is a necessary departure from the inefficient and outdated notion of chasing an M&S “core customer”. Instead, the company has accepted that it needs to appeal to consumers who defy strict categorisation. And after a deal to supply the online grocer Ocado, M&S gains the huge benefit of access to that company’s informative data base which will be instrumental in their understanding of customer behaviour.

This behaviour, known in the industry as consumers’ “activities, interests and opinions” (or AIOs) is extremely important, with or without a pandemic. As my own research has shown, to be successful, retailers need to constantly think about brand identity, consumer behaviour and the impact of globalisation and regional trends.

This can be seen in the changes announced by John Lewis and M&S, which echo a broader trend in the US, where retail giants like Nordstrom and Macy’s have been experimenting with the way they sell. Significant changes include the establishment of small scale and “inventory-less” stores – shops which do not carry full ranges or stock and operate more like showrooms, where purchases are followed by home delivery or collection.

The fashion for inventory-less stores and localised flexible retail solutions was influenced by the success of the 2011 opening in New York of Story, a store which regularly changed its product theme.

Founder Rachel Shechtman (who went on to become “brand experience officer” at Macy’s, and shape its small-format strategy) explained: “Story has the point of view of a magazine, everything changes every four to eight weeks like a gallery, and it sells things like a store.” She added: “A magazine tells stories between pictures and written words, and we do it through merchandising and events.”

A shift to this small-format shopping is also being driven by the popularity of “direct-to-consumer” brands, which sell online, via their own stores and pop-up stores.

Department stores are also now competing with direct-to-consumer brands who sell online and via their own flagship stores without employing a more traditional wholesale approach. They are free to operate in a far more agile manner, using social media as a rapid feedback loop with customers.

This kind of agility is now being forced on languishing UK department stores, where development strategies planned for years are now having to be achieved in months. Dramatic shifts in consumer behaviour due to lockdowns expedited these changes at a dizzying pace.

But these changes do not necessarily mean the future is gloomy for traditional well known retailers. It does mean though, that they need to be open to a variety of solutions.

Online shopping is not the only option. Small formats which focus on products and services for their customers’ varied lifestyles allow greater flexibility to market test solutions that work, at regional and local level. To survive post-pandemic, businesses must consider which elements of “retail theatre” they wish to provide to remain relevant.

How retail giants could thrive on the post-pandemic high street

Myrta - August 19, 2021 0
Even before COVID-19, the British high street was undergoing slow and painful decline. Independent shops were struggling, department stores were fighting for survival, and well known...

Food and drink products with pro-environment ‘ecolabels’ are more appealing to...

COVID-19 is giving us a new appreciation for physical shops